This episode of The Last Hometown is a short one. The subject, a 1901 film titled “FIRE!” itself is under five minutes long. It is a silent film made in the earliest days of the history of film. I thought it was only right that before I got any farther into the podcast that I covered this short little film. As I mentioned in the first episode FIRE! is the earliest example of a disaster movie that I could find, and thus I feel like I need to give it some credit and respect. After all… without this film I might not have a genre of films and media to be talking about in this podcast.

It is 1901. This year we see The Great Fire of 1901 take place in Jacksonville Florida on May 3rd.  May 17th marks the Panic of 1901 where the New York Stock Exchange Crashes. In July the First Fingerprint Bureau is established in Scotland Yard for the purpose of catching criminals. On September 2nd Vice President Theodore Roosevelt (my favorite president!) would utter the famous line “Speak softly and carry a big stick” at the Minnesota State Fair (my home state!) President McKinley shot on September 6th and eventually dying on the 14th. Vice President Theodore Roosevelt would then be sworn in to take over becoming the 26th President of the United States.  On October 16th President Roosevelt would invite Booker T. Washington to the White House which causes a spike in racial violence in the southern United States.

1901 would include the births of notables such as Carl Barks, Ub Iwerks, Gary Cooper,Louis Armstrong and Walt Disney

Hey there, This being a podcast about Disasters in the Mass Media means that there are bound to be spoilers… so this is your one and only warning… If you do not like spoilers than maybe turn back now. In addition, I dont do Trigger Warnings. It is up to you to look at the episode description and deceide if this is something that might upset you! Having said all that… Welcome, to the Last Hometown.

Fire! was a silent short film about a fire team responding to a home fire. The film opens with an officer noticing smoke coming from a building and calling out for help. Unable to gain entry into the building himself to help those inside he runs to the Hove Fire station to alert the Fire Team. The team get their tankers attached to the horses and we see the teams rushing down the street to the rescue. At this point we switch scenes into the house where we see a man awoken by the smoke and flames. Futility trying to extinguish the flames he finds his escape path blocked and is soon over come by smoke only to have a fire fighter smash in the window douse the flames and rescue the man. Outside the team continues to fight the flames while the man frantically tells them he still has family inside. The heroic firefighters rush in and rescue a child and then save another by catching them in a blanket as they jump from a window as we fade to black. When we return a little about the background of the film.

promo for another podcast

FIRE! was Produced and Directed by James Williamson. Williamson was born in Pathhead Scotland on November 8th 1855. He was raised in Edinburgh where he trained to be a Chemist (what we in the states call a pharmacist) after spending time in London and Kent he would eventually return to Hove where he would own his own Chemist and Photographic business. It was this Photographic Business that allowed him to start producing his own films in the late 1800’s and become part of the lose collection of film pioneers known as “The Brighton School”. In total over the course of his career he would direct 131 films. Most notably among them Attack on a China Mission, Stop Thief!  and the film he is best known for, The Big Swallow,  which is remembered for its unique use of the extreme close-up and trick photography. Williamson would live to the age of 77 dying on August 18th 1933.

In 1903 there was a  very similliar film released by the name of “The Life of An American Fireman”.  The film was made in 1902 for the Edison Manufacturing Company and was directed by a man by the name of Edwin S Porter. Although FIRE! was released two years earlier, for some reason “The Life of An American Fireman” seems to get more attention from film historians. in my opinion there is no doubt that the creation of the film was very heavily influenced by the story of FIRE! The story was just spruced up  with the addition of close-ups into the story flow.

By todays standards there is nothing to get really excited about in FIRE!, but from a historical stand point it is a very import film. It was one of the very first films to mix indoor and outdoor shots to tell a linear story. Today we might not find much entertainment in the short, but we do owe it our respect for starting us down the road of story telling in film.

The next episode of The Last Hometown will be about three audio drama podcasts followed by the first end of the world themed episode based on that 1980’s movie masterpiece Night of the Comet! Podcast related, In the world outside the podcast, I saw a trailer for a film called The Hurricane Heist today. With a tagline of Six Hundred Million at Six Hundred Miles an Hour. The film, from what I see in the trailer, is a bank job story told in the backdrop of a hurricane.  It looks like it might be right up there with GeoStorm. Light on the plot but big on the special effects. I hope to see it in the theater when it comes out in a couple weeks, after all with effect heavy films like this the big screen is the best place to see these films.

Right Here and Right Now I have been enjoying a major marathon of genre movies. I have watched both the original and made for tv mini-series remake of the Andromeda Strain. The Thing, Whiteout and The Towering Inferno as I sit and work on work projects. I am also re-reading the comic series DMZ in the hopes of doing the first non-film related episode in the very near future!

Thank you for listening to the show. If you enjoyed it I would love to have some reviews on your favorite podcast sight. In addition I love interacting with people online. I am a stay at home dad who home schools so most of my daily interaction is with kids… So at times my internet friends are the source of my sanity! You can find me on on facebook at facebook.com/lasthometown and on Twitter and Instagram at user name lasthometown. If you are interested in my movie watching habits you can give me a follow on Letterboxd again under the name lasthometown, and of course you can always find us at our website lasthometown.com.  Our theme is made from Audio Clips from Resident Evil the movie, Television Static and “Crypto” by Kevin MacLeod at incompetech.com Licensed under Creative Commons By Attribution 3.0 Hope to see you out there! Again, thank you for listening until next time, stay safe and I will see you in the bunker.

Putting together promo commercial to be played on the podcasts of friends!

Plotted out the whole first season of the podcast. Will be doing episodes on tv shows, movies, audio dramas, comics, books, video games and propaganda! It is all tentative, if there is a 🍿 🎥 movie or tv 📺 show you would like me to swap one out with leave me a comment! Got a couple different themes running thru the episodes over the course of the season…

Here we go… Just uploaded Episode Two. That was actually Episode One. This time around we talk about the Classic NBC Made for TV movie, WHERE HAVE ALL THE PEOPLE GONE starring Minnesota’s own Peter Graves.

This is a cheesy little film from the early 1970’s that just happens to be the first end of the world movie that I ever saw.  While I am glad that I choose to make the best out of what I had recorded and turned it into an episode, I do plan to return to this movie and give it the episode it deserves in the future when I get a better feel for how to make these things!!! 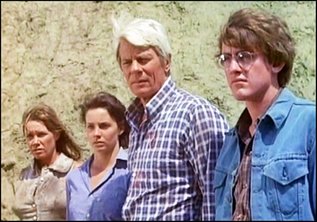